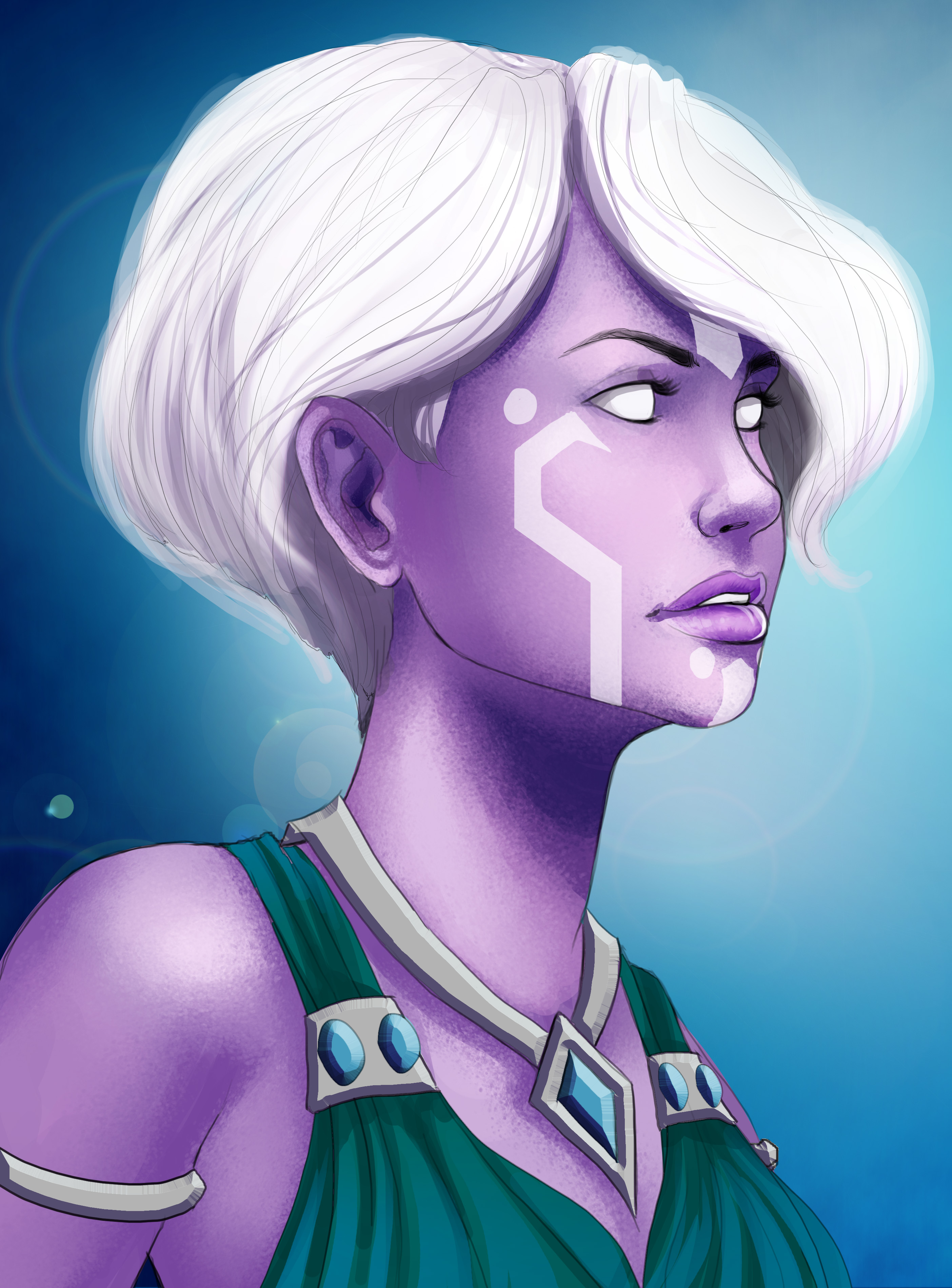 Alvana is one of my Dungeons and Dragons characters.

She started as a Deva Avenger in 4th edition, that eventually turned Pacifist Cleric. Her race has an ability called “Memory of a Thousand Lifetimes” and in our game we really did build her as a deva of various classes and created some of her past lives. She was however in her final incarnation, and the choices she made during the game would impact her soul very profoundly.

I drew a lot of quick illustrations of her as I was playing her, so scroll down for more 🙂

Alvana’s heroic divine actions eventually earned her the status of Saint. This is how I imagined she’d appear in iconography, with a sacred heart and holding a peace-lily.

Alvana’s journey was not without moments of faltering – at one point a villainous character had pushed her back into the path of anger and for a few sessions I played her as an avenger favored soul known as Lady Klarick (one of her past lives). She was extremely violent and over-confident in this incarnation, but could also manifest these sunset-colored angelic wings in this form

Alvana as a Cleric, soon after she donned her new equipment after committing to a life of peace. (Used a photograph of stained glass for her shield.)

The first illustration of her. She was found in a strage steampunky stasis-pod, and it took her a while to recover her memories.

Alvana as an avenger, early in the campaign.